One man's adventures in the physical and intellectual worlds…

Chinese Food May Well Be The Death Of Me 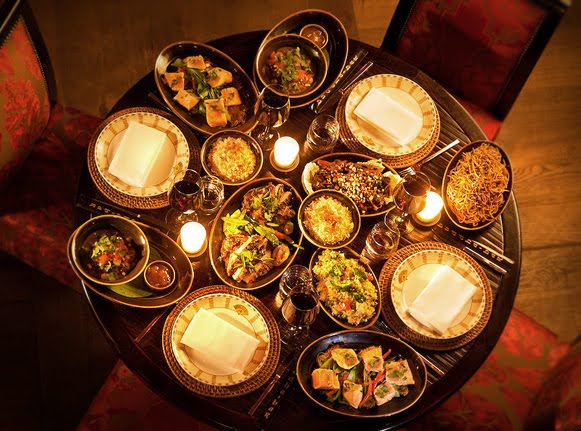 There may be a killer lurking at this table...

Everybody knows that Superheroes have their weakness. Whether it’s physical or psychological, it balances their immense power. One of the most important things about being a Superhero is awareness of this weakness, even if only to prepare oneself for exposure to it.

As a ninja WordPress psychic, I would say that I fall into the lower range of Superheroes. Certainly not worthy of working alongside the likes of Superman, Captain America, Wonder Woman or any of the hundreds of superheroes out there. However, it is important to note that even the lowly Superheroes are subject to the same laws as the big guns.

For the past ten years or so I have been working tirelessly to identify my specific weakness after an incident that occurred before I became aware of my unique abilities. Armed with 20/20 hindsight I can see that it was a warning and a sign that I was destined for something bigger. Like WordPress psychic mastery…

I was out for dinner with a group of people and we’d decided on Chinese. Being a social group we agreed to indulge in a banquet, sharing the culinary delights and enjoying a meal of delicious variety. As the dishes were brought to the table I noted that the meals looked particularly tasty. I did not notice that upon the table was an assassin, lingering amongst the crowd and waiting for the perfect chance to make an attempt on my very life.

Luckily, my assailant waited until the very last minute to make his move. Or maybe it was a delayed reaction – a slow acting toxin that would mean he could make a silent getaway before the commotion began. Either way, his mission was only a partial success. To this day I have not learned his identity.

The evening passed very well, with conversation and laughter flowing easily as we enjoyed our food. Soon enough it was time to leave and it was only as I began to head for the door that I realised. Having never experienced it before, I was unsure what to make of the tingle in my throat. I passed it off with little thought – until it turned into an annoying itch.

The itch spread into my mouth and as I scratched with my tongue I began to feel as though my throat was expanding. My lips began to sting as though I’d been practicing mouth to mouth resuscitation on a wasp’s nest. Within a few seconds I felt as though there was little to no air flowing into my lungs and the itch in my mouth was lingering on unbearable.

And then it was gone. As quickly as it had pounced, my attacker disappeared. The itch and sting dissolved into nothing and I breathed as though I’d been doing it every day for the last 20 years of my life.

Now it’s beginning to make sense. Some kind of Chinese food is my version of kryptonite. Since that night I’ve been forcing myself to eat Chinese food to try to identify the ingredient or dish that would bring me to my knees but to this day my search remains unsuccessful. I know I could just go to an allergy specialist and have a simple test but you know I’m all about doing things the exciting way.

I just make sure that there’s always an adrenaline needle in my utility belt.

This site uses Akismet to reduce spam. Learn how your comment data is processed.

Top of the Pops

If you like my stuff, you'll love these guys and girls!