One man's adventures in the physical and intellectual worlds… 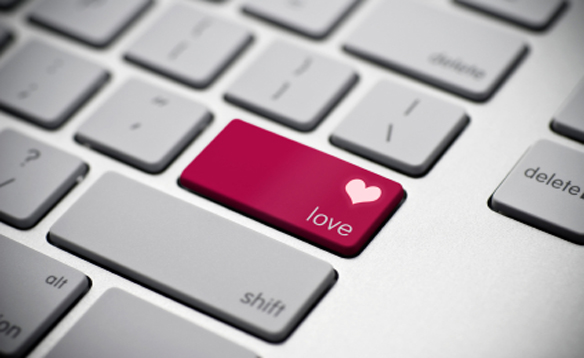 Cupid; one cherubic little angel set with a task that at the time seemed impossibly easy. When there are only two people in the World, how hard can it be to stick them both with a little love and watch the beautiful results? Kudos Cupid, job well done.

Fast forward to the 21st century and it is this single guy’s personal opinion that poor Cupid is suffering from chaos induced delirium. Even though his quiver is bottomless, his drawing arm has become undeniably fatigued by his eternal assignment. He’s drowning in a backlog of work and there’s no sign of him getting a break.

With recessions, headphones and all sorts of other antagonists throwing their weight around, the 21st Century has responded to Cupid’s cries for help. The digital age has stepped up to lend the paladin of passion a much needed hand.

It is yet to be seen whether this mechanical mercenary is friend or foe. Some believe it’s an abomination, to be shunned and stuck with pitchforks, hunted by torchlight and sent packing into the darkness from whence it came. Others praise its efforts to create love; to bring joy to the lives of the people Cupid hasn’t gotten to yet and who also have their own reasons for preferring the safety of e-communication before taking the leap into love.

It’s the minigun to Cupid’s sniper rifle; the chainsaw to his scalpel. While the game itself hasn’t changed and the desired end result is the same as it always has been, Cupid’s new ally in affection is taking a slightly different approach.

It has set up dedicated camps for those who are seeking romantic attachment. It has announced itself to the World, loudly and with much ado, muscling its way into society with open arms to anyone and everyone. No matter what you’re looking for in a relationship, you can find it thanks to the internet.

This boon to the lovelorn is certainly encouraging. It has its merits and of course there are the success stories that have made this method of finding love much more common. It offers the sanctuary of your own home from which to operate. Everything can be controlled and there’s no denying the security in that.

Getting to know someone via email is certainly easier and more comfortable than having to sit down with them and ask them questions to their face. You don’t HAVE to make the first move. You don’t HAVE to ask “those” icebreaker questions. You can read through profiles of people and take your time, knowing that they too are looking for romance. Just like you are. Usually, by the time you actually meet the other person, you’re already comfortable in your knowledge about them and if you decide that things aren’t going to work out, you can just disassociate yourself. Piece of cake!

Online Dating, I mean you absolutely no disrespect when I say this. I appreciate absolutely everything you’re doing in the field of romance and I thank you for stepping up to the plate on this one, but you and I – we have different views. I know that I could really lose out on this but I’ve thought very hard and I’m going to stick with the little guy on this one. I have every confidence that he’ll sort me out in the end.

You and I have had run-ins. You know what I’m talking about. I know you’re trying to help and you’re still young, so I’m going to let the past slide. You ARE helping millions of people find love and Cupid isn’t alone in giving you a great big highfive. This is something I prefer to do the old-fashioned way though. The nerves, bumbling and light-headedness is what it’s all about.

This site uses Akismet to reduce spam. Learn how your comment data is processed.

Top of the Pops

If you like my stuff, you'll love these guys and girls!